Do employers have the right to discriminate? 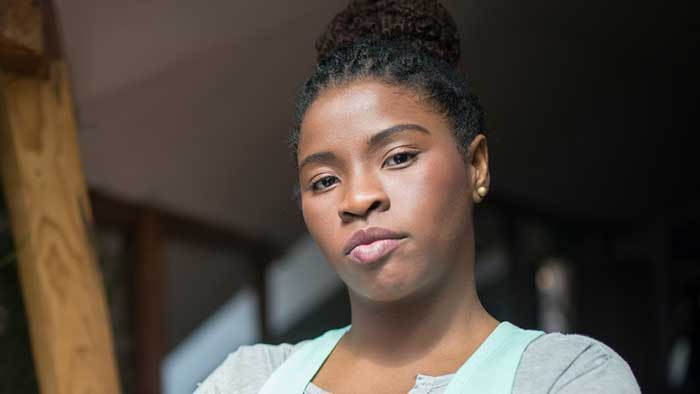 The Morrison Government’s attempts to bring anti-discrimination legislation earlier this year didn’t exactly go the way it had hoped. While it argued that it was attempting to protect the rights of religious groups and cultural minorities, many critics believed its proposed laws actually gave employers the right to discriminate – or otherwise behave unfairly – towards certain minority groups, most notably transgender people.

Another criticism levelled at the government was that both Australia and various states already had anti-discrimination legislation that went further than the government’s proposed reforms.

With that in mind, we look at whether it’s ever legal for employers to discriminate.

Non-discrimination is the law

The Fair Work Act 2009 also forbids employers from discriminating against employees by taking adverse action against them based on their ‘race, colour, sex, sexual orientation, age, physical or mental disability, marital status, family or carer’s responsibilities, pregnancy, religion, political opinion, national extraction or social origin’. This could include such action as dismissing someone, treating them differently from other employees or failing to offer them a position. It also outlaws both direct and indirect discrimination, ie where a term or condition has the effect of treating some employees differently from others.

Then there are State and Territory anti-discrimination Acts, as set out below. These tend to overlap with the federal laws, although they often apply a little differently.

But there are exceptions, some of which we outline below.

Inherent requirements of the job

One time that an employee can often discriminate is generally where it goes to the heart of the job and the person’s ability to fulfil it.

For instance, section 30 of the Sex Discrimination Act lets employers discriminate against employees based on gender where the duties can only be performed by someone of a particular gender. This includes where physical attributes are needed to perform the role (i.e. strength) or it’s appropriate based on privacy or decency (i.e. where the role involves fitting clothing).

The Disability Discrimination Act allows an employer to discriminate where the employee’s disability means they can’t perform the inherent requirements of the job. However, it also places an obligation on the employer to consider ‘reasonable adjustments’.

Similarly, the Fair Work Act says that an employer’s action doesn’t constitute ‘adverse action’ if it relates to the ‘inherent requirements of the job’. Unlike the Disability Discrimination Act, the employer doesn’t generally have to prove that the employee can’t perform the role, only that it was a genuine consideration.

In NSW at least, it’s not unlawful to discriminate against someone where it’s done to comply with Public Health Orders. That means, for instance, where someone has an infectious disease, such as Hepatitis A, they can legitimately be excluded from food handling duties or other duties where the possibility of infecting others is high.

Of course, the right to discriminate on health and safety grounds has taken on a whole new meaning over the past 12 months, in light of COVID-19. Vaccine mandates have been upheld in court many workers who have refused to be vaccinated – such as those in NSW’s education system – have been legitimately being stood down.

Find out more about an employer’s right to discriminate against unvaccinated employees.

The grounds of religious belief

But this right is actually often already enshrined in various pieces of legislation. For example, section 37 of the Sex Discrimination Act excludes religious bodies from the discrimination provisions insofar as they affect the ordination of priests or ministers, appointing people to perform duties or any other practice. Section 38 of the Sex Discrimination Act provides an exemption allowing educational institutions to discriminate against someone – including based on their marital status, sexuality or gender identity – where it is in line with the doctrines of that religion.

In short, there are already ample ways for religious-based organisations to get around anti-discrimination laws where it’s in line with their beliefs.

The consequences of getting it wrong

While there are always some bodies that can get around anti-discrimination laws, the reality is that in most instances and for most employers and employees, they still very much apply. Getting it wrong may not just lead to the cost of an anti-discrimination claim or unlawful dismissal case, it can lead to severe reputational damage.

For this reason, it’s always best to play it safe and to go into an instance where discrimination may occur knowing your obligations and your options.

If you’d like to know more about these, get in touch.

How to avoid employee burnout in the lead up to Christmas

What to do when an employee keeps calling in sick